2018 has been a very special year for Raimondi Alumni, especially for those of us residing away from Hong Kong. While undeniably the March 24 RC60 Anniversary Banquet in Hong Kong provided the most excitement to many Alumni, expecially those Overseas Old Boys who travelled back to HK to attend, it is those other smaller RC60 celebrations around the globe that extended such memorable celebrations to many RC Alumni who have settled away from Home (Hong Kong).

In this post, I hope to provide an overview of the wonderfully exciting year for RC Old Boys in marking the 60th anniversary of Raimondi College.

The gatherings are presented in chronological order, with special thanks given to the Alumni who took on the tasks of organizing these RC60 celebrations abroad:

With numerous volunteer alumni helping in the event that featured Mr. Geoffrey May (Mui) Yuen Shek 梅元硕校長 as our Honoured Guest. 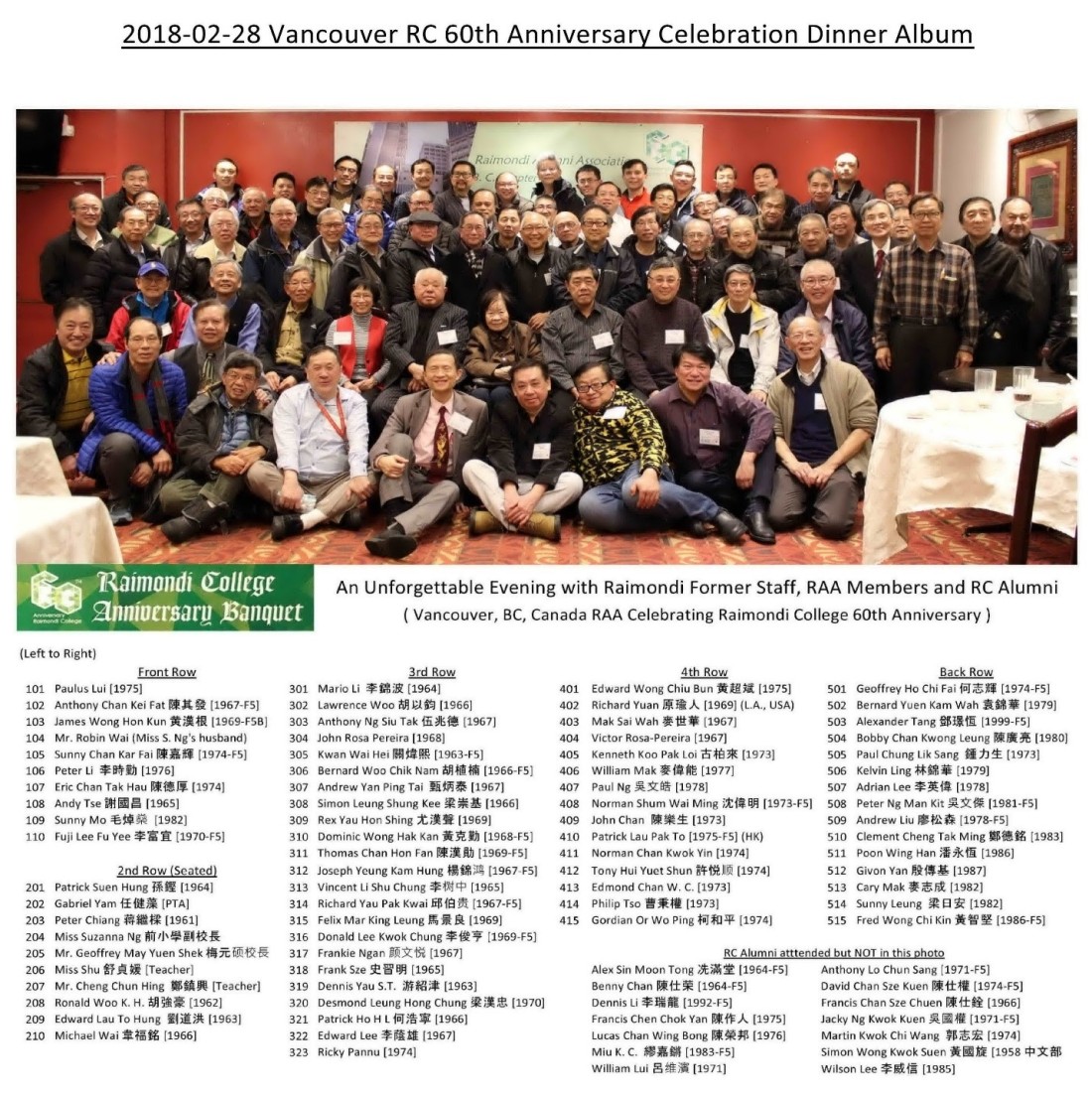 And yours truly. Again, we had Mr. Geoffrey May (Mui) Yuen Shek 梅元硕校長  as our Honoured Guest. 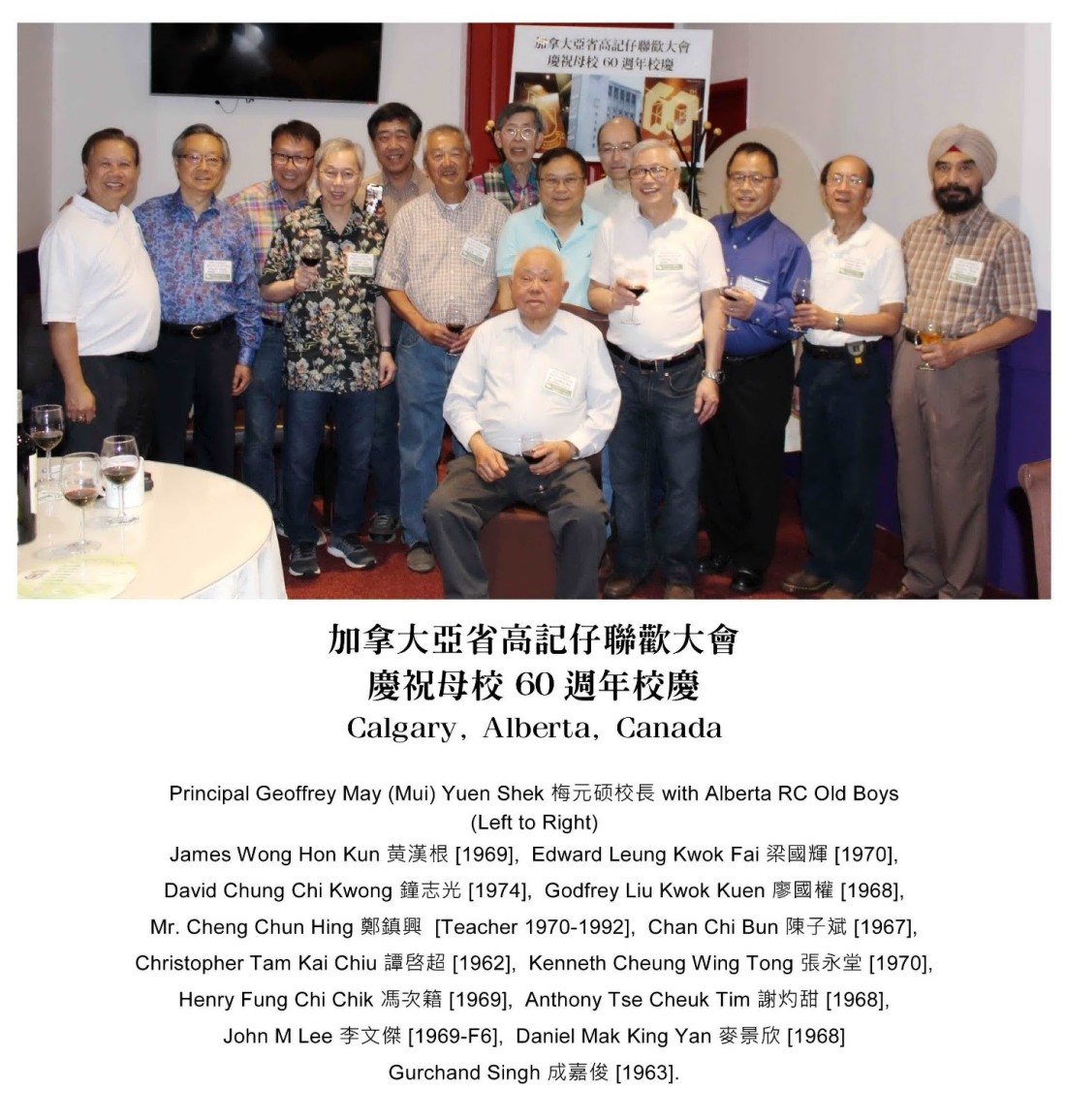 August was a particularly busy and exciting month for many RC Old Boys in Canada and Australia. First, we had a 34-people dinner event on Aug. 3 in Toronto organized by the RC Old Boys there.

Then we had an ultra-strong attendance of 130 people at the event organized by the Canada Toronto RC Alumni Chapter. Special thanks go to: 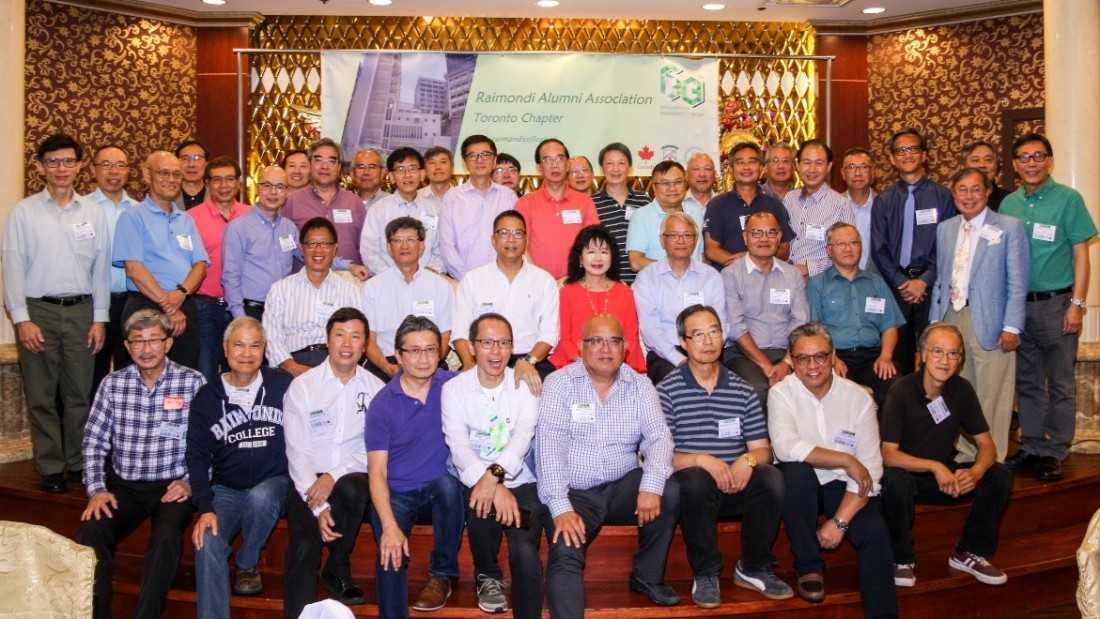 Having formed their group just in January, they had a strong showing of over 30 participants at their first Alumni Event in Australia.

On Aug. 21, our Vancouver Old Boys jumped into action again and held a Welcome Dinner for Mr. and Mrs. K.F. Yip. As we know, Mr. Yip was our teacher in secondary school at Raimondi.  He was on the last leg of his Canada visit before going back to Hong Kong.

Click on the link below to see photos taken at the Vancouver dinner.

View all posts by Raimondi '69